Important Note:  The BTech DMR-6X2 is Not made by Baofeng. (see note below).  That being said, let’s see what’s…

– Change Group via Keypad (“Unlimited” hold timer)
This is specially nice when using a hot spot. By setting a key function to “Dial” or “Long Press 0”, and the Group Call Hold time to “Unlimited”, you can enter a Talk Group using the number pad and it will remain permanently or until the channel is changed. No longer is the hold time set in seconds or minutes.

– Display Color Options
There are two display color options available. They are White on Black background, and Black on a Powder Blue background. (shown below). They are selectable by either software or keypad menu.

– Analog Squelch Level Adjust
The analog squelch level can now be adjusted using one of the programmable keys.

– Start up Code Plug
To assist with start up, the software was written to initially accept an Anytone D868 code plug.  I’ve had a 868 since they first came out, and this was a huge time saver. Everything transferred and I was ready to play radio in minutes.
Note: Due to the extra features in the code plug, a 6X2 CP cannot be transferred back to a D868.

– Digital Simplex Repeater
Not to be confused with a standard repeater, this feature allows the DMR-6X2 to function as a Store and Forward Simplex Repeater. The 6X2 records a transmission and stores it in memory. Immediately after the incoming signal is dropped, the transmitter keys and re-transmits the recorded audio. The re-transmission can be either on the same or different frequency (not necessarily on the same band).

This feature allows the 6X2 to be used as a relay point during events such as marathons, races, etc. where a central relay method is needed and there is no local repeater.

– Display Hold
When a signal is received, the data image (name, call, location, etc) remains on the screen until the next signal is received rather than drop back to a standby screen. There is a Call End indicator at the bottom, but the data remains.

The Technical Side of the 6X2

The power levels hold pretty close to the specifications. There are four power levels with a high of 5.0W and a Turbo mode of 6.5W. I personally run mine in 5W mode. Turbo isn’t going to Make or Break the signal, but it helps the battery.

What I do like is the low power mode is less than 1W. I run a hotspot here and if the power was only 0.3W I would be happy.

My audio reports have been excellent both through a DMR hotspot and the local repeaters. There is a five level microphone gain parameter that allows you to select the microphone gain level that best suited for your voice. I use level 3 (mid-level) for a full smooth audio response. I tried level 5 and found the audio was way too hot.

Power levels are listed below and were taken using a calibrated Bird Termaline wattmeter.

Enclosure
The DMR-6X2 case has a good solid feel and weight, and fits the hand well.  It weighs in at  9.9oz   (282g) with the standard battery attached and 10.8oz (306g) with the high capacity battery. Battery removal requires a simple push of the release slide located at the top of the battery. No battery sliding or pushing is required.

I found the keypad buttons a bit larger than most with a lighted keypad layout of three across and four down. This puts the zero (0) at the bottom of the keypad where I believe it belongs. The PTT button requires only a light pressure that doesn’t tire the finger to press.

Antenna
The included dual band antenna is 6.25″ which is a fairly common size for a handheld. I found that there was a slight improvement of about 2db by using an NA-771.  The 771 is 10″ longer, so a difference would be expected, but I’ll probably stay with the stock antenna.

Receiver and Audio
The receiver sensitivity is very good on both digital and analog. I found the receive audio is amazing with wide and smooth frequency range.

The volume control range is adjustable with the software. Level 1 sets the full range of the volume control to a soft level, even at full volume. Level 8 sets the volume range to very loud at the top end. My preference is level 3 to 5 which is plenty loud, even for mobile operation.

Display
The radio has a two multi-color display options. The high contrast White on Black, and the softer is a Powder Blue with multi-color icons. The color is selectable via software or as a keypad menu option. The screen size is 1.1″ x 1.4″ with excellent resolution .

There are multiple sites where the current DMR User Database can be downloaded. There are various formats available allowing you to view name, call, location, user ID, license class, etc.

Software
Along with entering data in the conventional manner, the software allows you to import and export data to ‘csv’ files. Loading in a contact (TG) list, channel list, database, etc. is relatively simple.

I found being able to export to a ‘csv’ file has several advantages. I like having my channel list in sequence. With most software, you can only add new channels to the bottom of the list. Now I can sequence the list so it’s easy to view then load it back into the code plug.

Adding a new repeater can be done in minutes. I just cut and paste a copy of an existing repeater, change the frequencies, and load it back.

Note: The BTECH 6X2 can import a code plug (.rdt) from an Anytone D868UV directly. This is a great way to get your 6X2 on the air. Once loaded, however, due to the expanded parameters, the D868 is not capable of reading a 6X2 code plug.

CSV transfer Caution
Adding large amounts of data, updating and re-sequencing via CSV files is a major plus, but should always be done with Caution. For instance, Talk Group data must always be loaded before or at the same time as the Channel data. If not, improper data attachment may not occur.

Firmware
As additional features and future enhancements are developed, the radio can be updated to latest model. A firmware upgrades can be done with a Windows computer in about 5 minutes.

Note: The DMR-6X2 firmware is specific to this radio. It cannot be uploaded to a different model in hopes of adding new features.

For reference, although the cable appears to be the same as some that have the chip in the cable, those cables are not compatible.

The charger base requires a standard 12vdc wall wart (included). The LED on the front of the charger base is Red when charging, and Green when either fully charged or no radio in the cradle. The battery easily charges to full capacity with an overnight charge.

Battery and Charger
There are two batteries included with the 6X2, a 2100mAh and a high capacity 3100mAh. With battery save on, I can get 2 to 3 days out of the 3100mAh battery before needing a charge.

There are also USB charging cables available with output of 12V. These can also be used in place of the included Wall Wart.

Conclusion
If you think the BTECH DMR-6X2 very closely resembles a D868UV, you are correct, but as shown above, it is definitely not simply a rebadged Anytone. There are features and enhancements that set these two radios apart. I think BTECH was wise to wait for the bugs to be ironed out before introducing the 6X2 to the market.

If you’re waiting for this radio to drop in price, don’t hold your breath. Its features and performance make it well worth the price.

The obvious pros are the following:

There are plenty of options geared more for hams than commercial use. It performs well and makes a nice addition to the ham shack.

For Clarification
BTech (BaofengTech) is not a division of Baofeng. They are an ODM that partners with OEM manufacturers to spec and build to their own requirements, whether from scratch (UV-5X3) or from an existing product. This 6X2 is an Anytone at heart with additional unique features found only in that model. 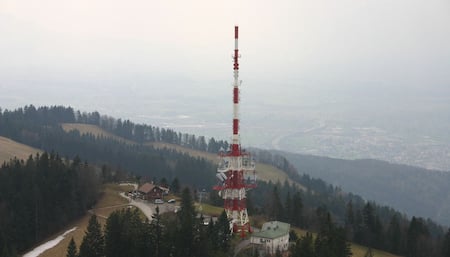 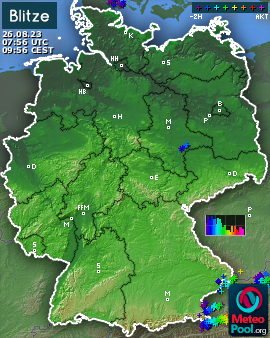 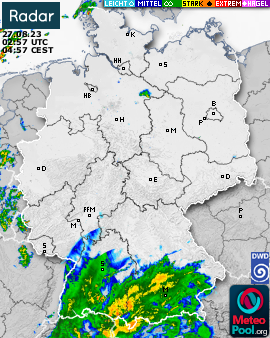